PARTICIPANTS IN THE OLD SCHOOL RESIDENCY – THE ROAD AS A RITUAL, 2017 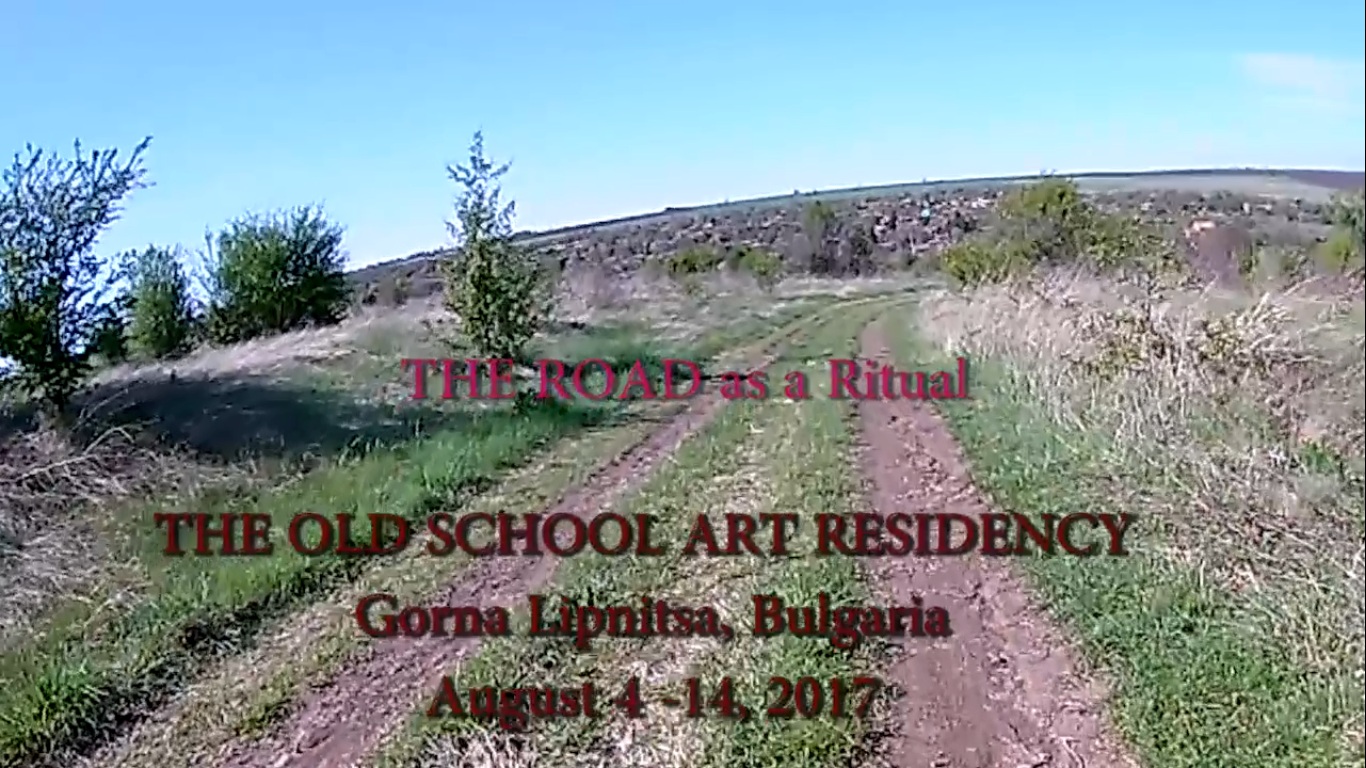 I work across video, text, objects and performance to explore how narratives can be represented, translated and manipulated. I am interested in how events and stories can be taken on journeys, losing and gathering meaning in transit. The work is often a temporary and site-specific response to that particular moment on the narrative’s journey, one moment of many including its origin, reception, documentation and distribution.

Jason Kofke understands a culture through images of what has been abandoned, discarded, or abrogated. He uses art as salvage ethnography to attribute meaning to events and artifacts of the past. His projects empathize with communal historical experiences and attempt to make sense of the present through a re-exploration of a common history.

Kofke is a recipient of a 2015 ELEVATE (Atlanta) Award, a 2011 Artadia Grant and a 2009 Idea Capital Grant. He has been awarded residencies at The Canadian Wilderness Residency Program in Yukon, Canada, The Creative Project in Atlanta, Georgia, The Arctic Circle Project in Svalbard, Norway, Milkwood Residency in the Czech Republic, ARCUS Project in Japan, Odysseys Residency in Costa Rica, Long Stories Project in Perm, Russia, ArtPrint Residence in Barcelona, Spain, Living Walls Conference in Atlanta, USA, the China Academy of Art in Hangzhou, China, and the Elizabeth Foundation in New York City.

Kofke’s work has been exhibited at the A4 Center for Contemporary Asian Art, Sydney, Australia, the HIGH Museum of Art in Atlanta, the Telfair Museum in Savannah, GA,, FLUX projects in Atlanta, Kai Lin Gallery in Atlanta, The Elizabeth Foundation in NYC, Fuse Gallery, NYC, The Gallery of China Academy of Art in Hangzhou, China, Arthouse Gallery in Brooklyn, NYC, ARCUS Studio in Moriya, Japan, Artspace Gallery in Richmond, VA, and RED Gallery in Savannah GA.

He earned his BFA in 2005 and MFA in 2010 from The Savannah College of Art and Design as well as a Visiting Scholar Recognition from the China Academy of Art. Though Kofke’s studio is based in Manhattan, he travels frequently for residency programs and photography expeditions abroad.

She works in the field of new forms of visual art, sculpture, ceramics, interior and product design. She uses different materials and means of expression to achieve an individualised end result.

2007, she was awarded with a scholarship from Unesco Auschberg, Spain, resident of Alkala de Hugar

She has a number of solo exhibitions and group shows.

Julie Glassberg was born and raised in Paris, France. After studying graphic design for four years, she decided to make her passion for photography become her life. Her interests are primarily based on the diversity of world cultures, subcultures, underground scenes as well as the misfits of society. Photography is like a passport to enter worlds that she would never be able to see otherwise. It simply is a way to learn about life from the persons she meets. Wherever they come from… After spending close to 7 years in New York City, she lived in Tokyo, Japan for a year, where she met local artists and experimented more with photography and collaborations. She recently completed a 6 months residency program in Shanghai at the Swatch Art Peace Hotel and lives in Paris at the moment.

She has been awarded a Lucie Scholarship Emerging Grant, a Getty Images Grant for Editorial Photography, a POYi Award of Excellence, an Art Directors Club Young Gun award, and more recently an IPA award as well as 1st Place for editorial personality portrait at the Moscow International Foto Awards.

Domingo Pino is born in 1985 in Madrid (Spain). He has graduated in Fine Arts from the University of Castilla-La Mancha (Cuenca), specializing in the fields of Plastic Arts and Graphic Design.

I enjoy working in different styles and disciplines, both plastic and digital: painting, video, illustration, collage and modeling. Although not all the works are focused on a common theme, in most of them is the idea of representing different aspects of my perceived reality. My style is very diverse by the wide spectrum of my interests and inspirations, as well as allowing me great flexibility in meeting the demands of graphic design clients.

On the formal aspect, when I start working I try not to plan the final result, but to develop the work bearing in mind the idea that motivates it. I like to experiment and try different expressive possibilities offered by the materials I work with.

Martin Petrov lives and works in Pavlikeni. He has graduated in “Iconography” at “St. Cyril and St. Methodius” University of Veliko Tarnovo. He works in the sphere of painting, sculpture and wall-painting.

I’d like to show and share with the audience the ideas incorporated in my paintings. Every single form of art is a window through which you can look at the world refracted through the senses of our imagination. I present my world toyou in a unconventional way, in which the most important question is “Why?”. This is a promising beginning that can reveal a unique reality and lead to something original.

I was born somewhere in the middle of north Bulgaria, enough years ago for my mature age. I’ve been painting all my life but most often I work in the aria of wall-painting and sculpture. Mainly I have exhibited my works in a group shows with other artists from the region.

I can say that I’m on an endless journey where I chase views and ideas in order to visualize them in a different form of expression.

As I think it is a great thing for a man to travel on the waves of art, isn’t it?

He has graduated painting and aesthetics in “St. Cyril and St. Methodius” University of Veliko Tarnovo. He has been doing graphical design from 1986 until now. He has solo and group exhibitions in Pavlikeni, Veliko Tarnovo, Gabrovo and Sofia.

Born in Sevlievo, Bulgaria in 1988. He has graduated Bachelor of Biology and Мaster of Ecological management for sustainable development from the Sofia University „St. Kliment Ohridski“, Bulgaria as well as Мaster of Conservation biology from Lund University, Swеden.

I define myself as Naturalist – Artist, a multidimensional personality delighted with the diversity of life and inspired by the bright wish to be natural creator and responsible protector of the environment, while sharing knowledge and resources with people! I would like to contribute for the harmony on the Earth and the beauty in the Universe by creating different forms of visual and natural art, combined in a holistic and magical way.  I love to get inspirations from photography, cinema and music. During the last years I am creating public naturalistic installations – geometrical gardens built with ancient and modern methods and techniques by local people that incorporate in a ritual way their energy and wishes in the environment through planting, growing and using edible, medicinal and melliferous plants – herbs, spices, flowers, vegetables and fruits. It is great for all!

L.Y.R.A. is a project by Darina /Rina/ and Dimitar /Nigor Pilnatsa/ aimed to create Ritual art. They are artists and lawyers who live and work in Bulgaria. Darina and Dimitar are also the organizers of the Old School Residency – Gorna Lipnitsa, Bulgaria. They have been organizing various art events since 2010. In 2012 L.Y.R.A. started their work on creation and development of Ritual art /RA/ as a form of art. The idea for its creation is a result of continuous search for a modern and conceptual vision of art that integrates the principles of rituals and ancient knowledge. At the heart of Ritual art are the ideas of the Manifest 2012 of the Old School Circle for the Beginning of the New World. Ritual art follows a clear goal of public significance that goes beyond the familiar and known, and at the same time is understandable outside the limits of planet Earth.

In their works L.Y.R.A. mix the old knowledge and symbols with principles of modern physics / quantum theory and theory of relativity/ along with legal/ political models and techniques. Their works are ritually created imaginary sanctuaries including paintings, collages, texts, objects and performances. Each work is a result of previous research and study of the specific topic. At the end of this process the accumulated knowledge is incorporated in the work.

L.Y.R.A. work with the idea that every ritual artist is a creator and legislator who works in a peaceful and balanced state of mind to be able to perceive the fundamental unity of the Universe. Only in this case its actions create interactions that dynamically change and transform the Universe.

Teodora Konstantinova and Radoslav Mehandzhiyski are art historians and curators, founders of “Art and Culture Today” (www.ARTandCulture.today) – an interactive platform for contemporary art and culture. They are mediators contributing for the establishment of meaningful relationship between the world of contemporary art and the wider non-professional public. In their research and live lectures there’s a specific stress on revealing steady links between the past and the present, the tradition and the contemporary art practices – proving that everything is interconnected. “DNA in Art” is how they refer to their approach.

Teodora and Radoslav’s participation in the Old School Art Residency – “The Road as a Ritual” – is provoked by the meaningful articulation of the concept of “ritual art” in which they sense great potential as well as curious challenge for artistic expression through works of art, drastically different in their form and aesthetics.

Through their lecture and curatorial participation during the residency they aim to enrich the overall vision on the “ritual art” theme by displaying a variety of international examples coming from both the past and today. The idea is to provoke exciting discussions, shared opinions and a common ground of artistic reflection.

We would like to thank all the artists for the interest in the “THE ROAD as a ritual”, 2017

Ritual Art as a Road

13 artists from 8 countries discover the road as a ritual in Gorna Lipnitsa.