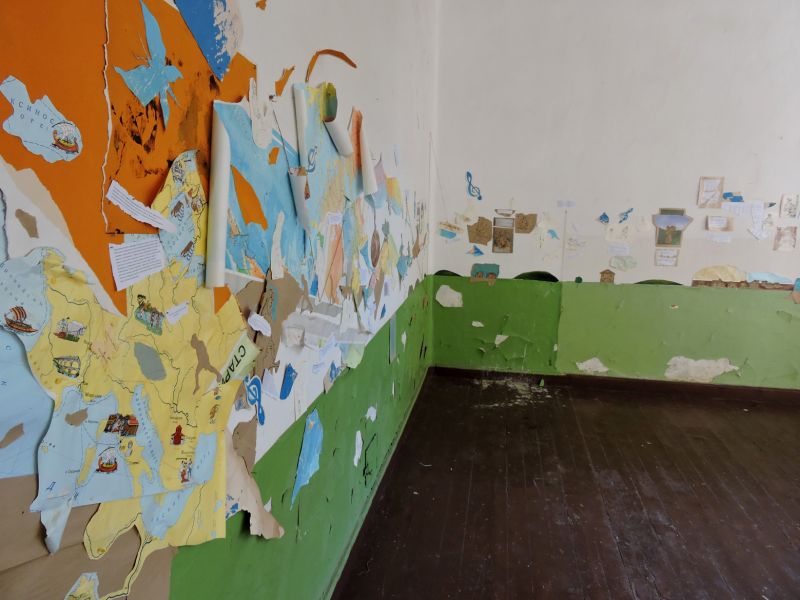 Freddie Darke is a London-born, visual artist. Predominantly a producer of drawings and paintings, his exploratory work often expands into writing, animation, site-specific sculpture, installation and various other forms of mixedmedia. His background as a professional illustrator and graphic designer still informs his creative approach today, with much of his figurative and map-based work alluding to stories or specific moments in the everyday. Through painting and drawing, Darke often searches, not to achieve a highly accomplished and finished product designed to immediately appeal to the viewer, but for the opportunity for his own thoughts and feelings on what he describes as ‘the epic in the ordinary’ to emerge naturally. The canvas therefore, becomes a space in which to document experience, as opposed to a more traditional concept of the surface upon which one carefully composes a picture. His work attempts to open up hidden, miniature and individual narratives within a larger, social, political, or at times historical context. Without being overtly political in his work, he is often concerned with the notion of the underdog and the ignored, looking as much at the extreme close-ups of a city’s varied surfaces, as the wider and perhaps more obvious view. A strong advocate of street art, public murals and posters, Darke is, above anything, an artist who champions inclusivity.

I was interested in rituals on a very “basic”, every-day level. Things that could possibly be more commonly described as habits. I wanted to zoom in on miniature narratives and – through attempting to encourage a certain mindset or philosophy (aided in part by the the notion of the butterfly effect) – celebrate and shine a light on the value and potential importance of each and every individual action. I was concerned not only with inner rituals, but also inner revolutions.

The piece works like a kind of document or diagram that hopefully expands into something more liberating and less factual. It is a piece that visually embraces rather than hides my thought process. I hope it will encourage enthusiasm towards recognising what might be called ‘the magic in the mundane’ or ‘the epic in the ordinary’.

I had no intention to make anything over complicated or intellectual, and, as is often the case, I believe to over-explain it would be to risk suffocating it. It certainly seems to have, at least to me, a sentimental element, which I am not ashamed of. I hope people will draw their own conclusions and find their own ways into the stories.

My main wish, however, is that it succeeds in encouraging an optimism, based around a belief that tiny choices, changes or actions can have great consequences. It is an attempt, I suppose, to cerebrate our potential.

The creative, artistic rebellion will change the world!