“A MEMORY OF AN UNFULFILLED MOTHERLAND” – Opening of the Exhibition of the Israeli Artist Liav Gabay this Friday, August 30st, at 6.30 pm 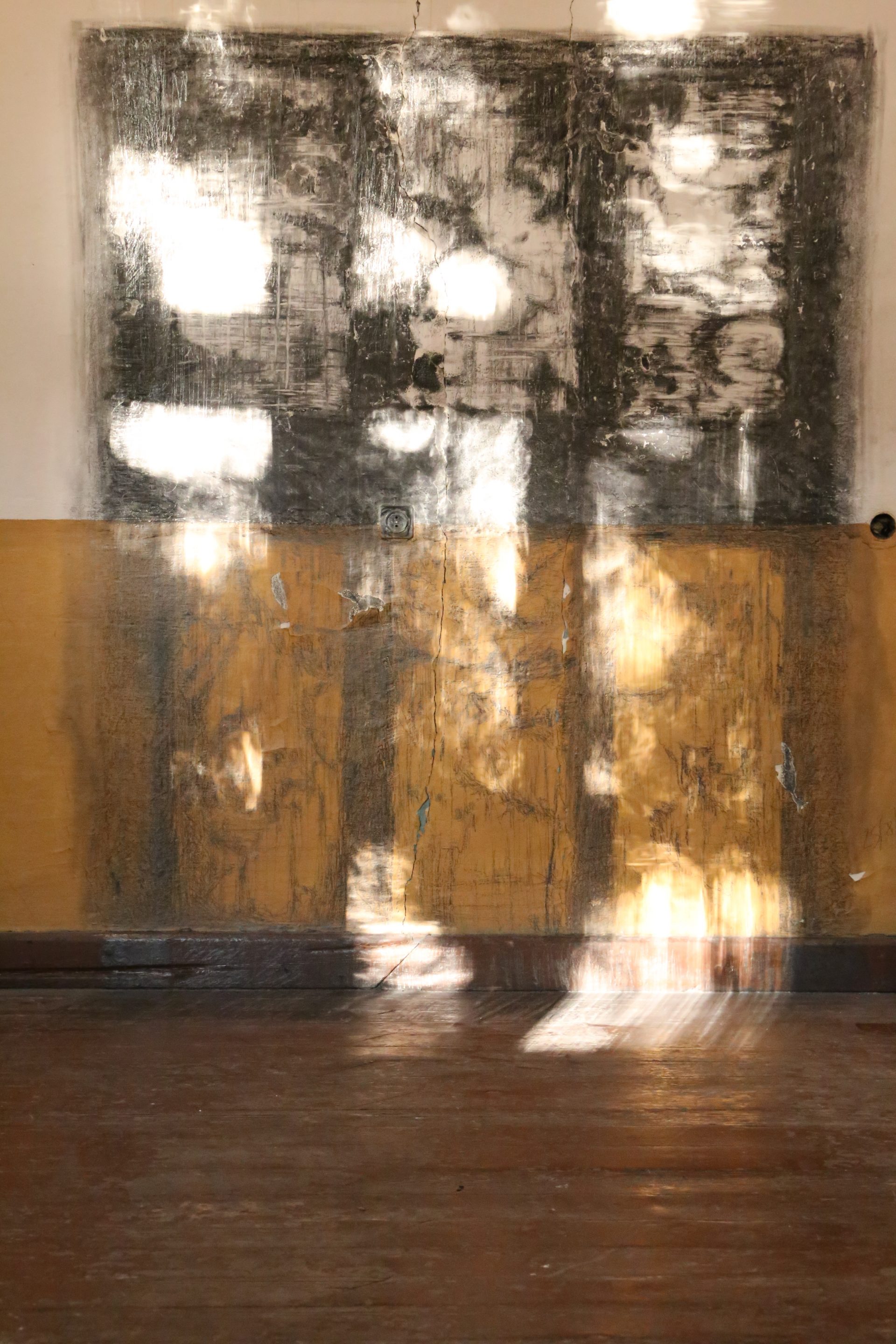 Born in Israel in 1981, Liav Gabay has been living and working in Berlin since 2010. He received a BFA from the Bezalel Academy of Art and Design in Jerusalem.

Dealing with the concept of a memory and wondering about its qualities,

figuring out how one experience leaves a mark more than another,

creating a memory that is unfamiliar with the images I already know,

that is beyond the chronological order of time.

Finding a way to manipulate and then transform the qualities of a memory to matter,

While I was working here in a classroom for three weeks at the Old School in Gorna Lipnitsa, I went through the residency’s archives, examining documents from the years I was a schoolboy myself. This investigation made me play with the idea of growing up here, in Bulgaria, the land from where my grandparents were born, raised, and had spent most of their lives.

Working on a series of intuitive drawings while probing, speculating, and reflecting on the past/present, new memories were entering into my childhood memories; I aimed to envision the past while capturing the present, at the very moment of thought and in the physical place which happens now.

Place: The building of the school in Gorna Lipnitsa – 2nd floor.

RED SLEEPING BEAUTY – Opening of the Installation by the Greek Artist Chris Botsis this Friday, August 30th at 6.30 pm

We Would Like to Express Our Gratitude to All of The People Who Helped With Making “The Old School Art Residency” 2019 Edition, Possible

We would like to thank all the artists for the interest in the “THE ROAD as a ritual”, 2017

Yuan Lin (Wendy) From China Will Present a Mini Souvenir Museum of Her Hand-made Objects in Gorna Lipnitsa on the 27th of July, Saturday – at 7 pm.

RED SLEEPING BEAUTY – Opening of the Installation by the Greek Artist Chris Botsis this Friday, August 30th at 6.30 pm