is a project by Darina /Rina/ and Dimitar /Nigor Pilnatsa/ aimed to create Ritual  art.

They are artists and lawyers who live and work in Bulgaria. Darina and Dimitar are also the organizers of the Old School Residency.

Every Man and Every Woman Is a Star – ritual installation

The installation presents a ritually created imaginary sanctuary which purpose is to make a beam by weaving the threads of the participants in the residency, their works, the spirit of the place and the theme of the residency – Star Ritual Art. The newly formed ray is released to move freely in space and to have its effect on the reality. This effect is the ultimate purpose of the installation.

The installation is situated in a polling place. The place was not chosen by accident. 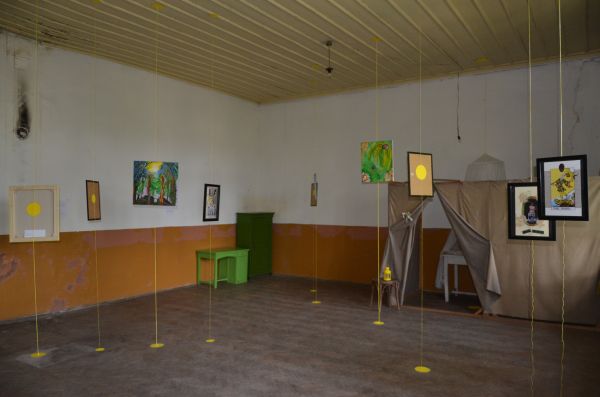 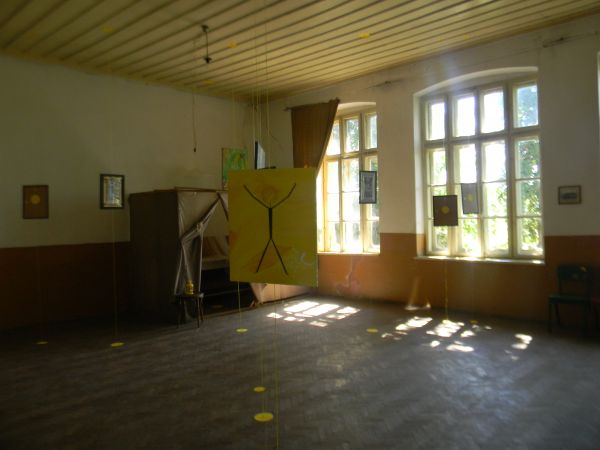 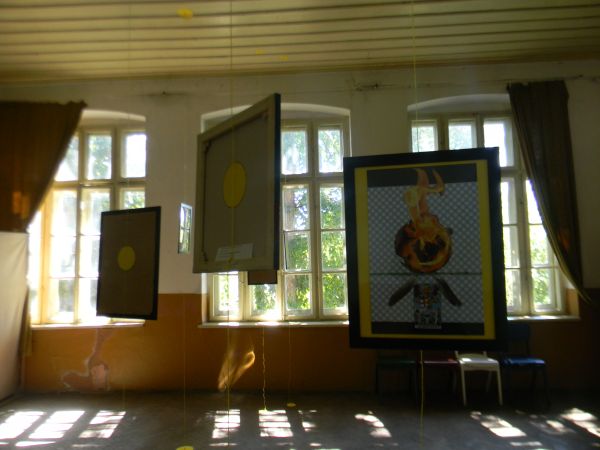 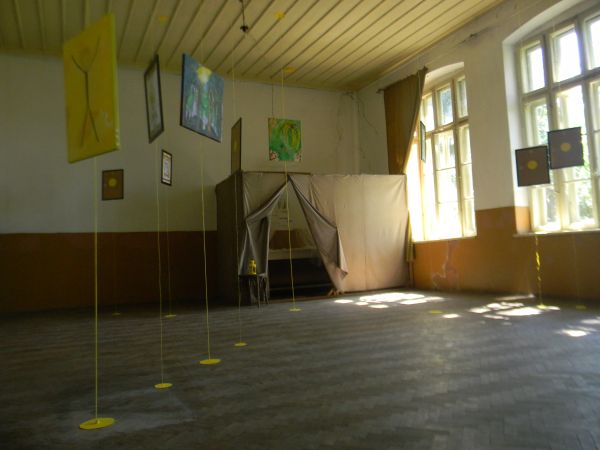 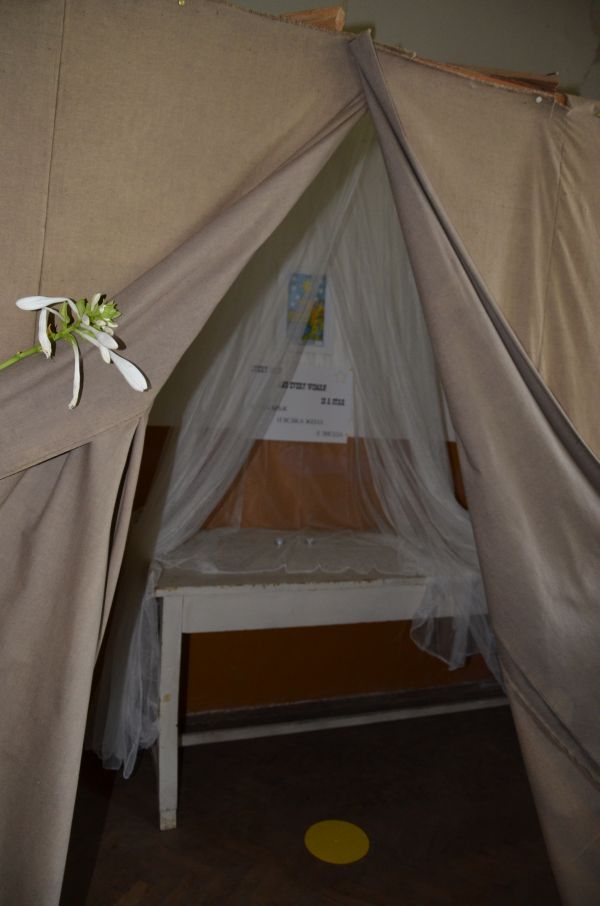 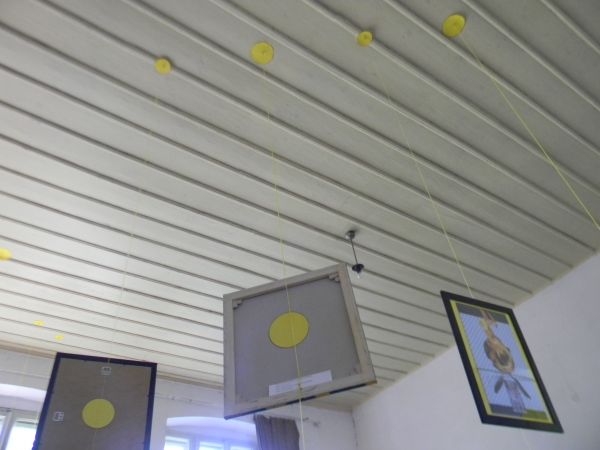 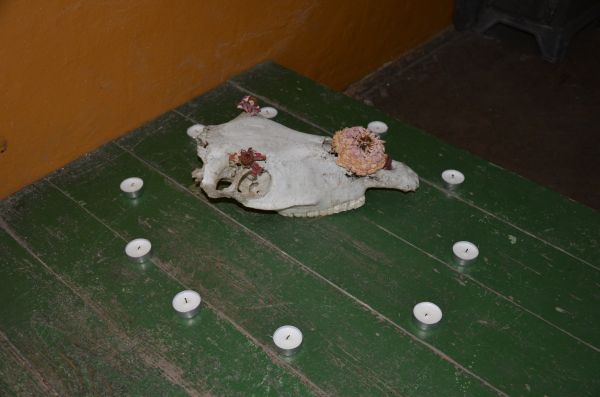 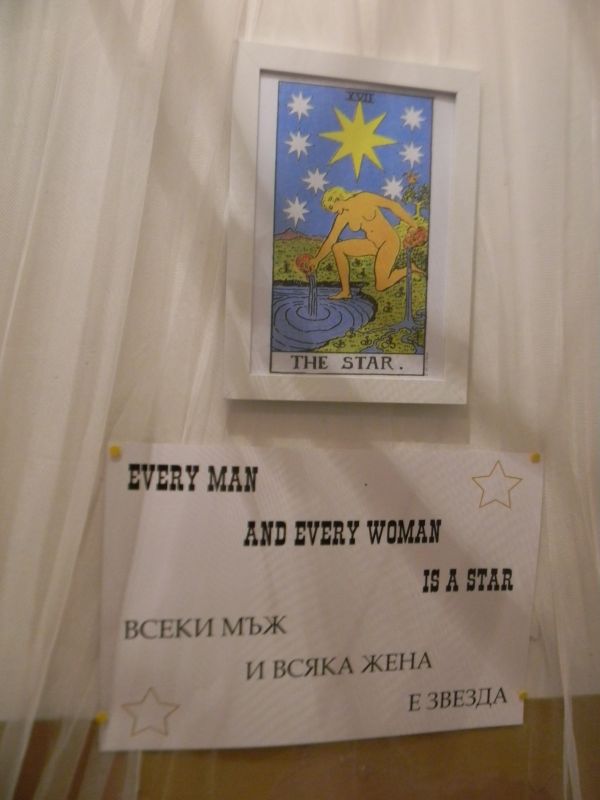 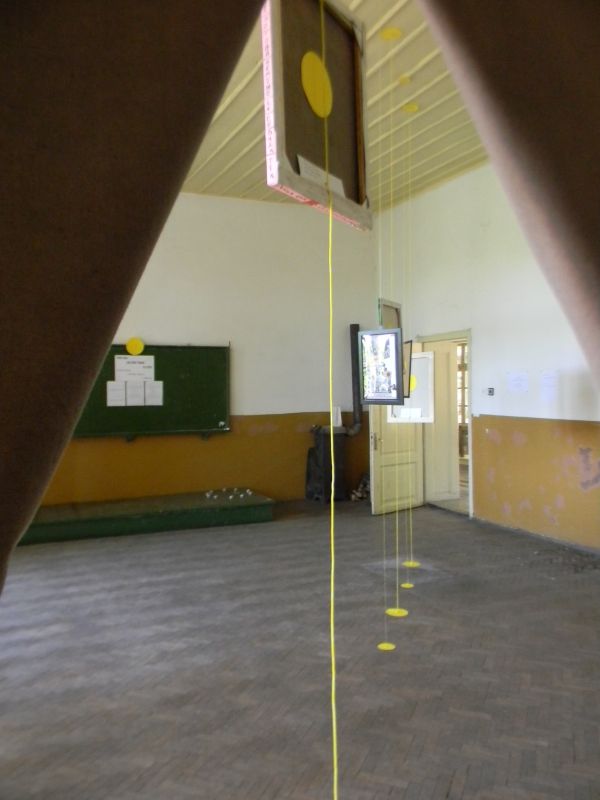 The ritual consists of two parts with a total duration of one year. The selection of time and place is not accidental.

Purpose: The purpose of the ritual is by using Tarot cards to be defined the nature /the essence/ of participation of each of the artists in 2013 residency edition. The process is not aimed at predicting events, because that is not the idea of Tarot. It is actually an observational experiment which can give us additional information about the principles that will have an effect on the work of the artists.

The cards were pulled from the Major Arcana, also known as the trump cards or Great secrets. It is interesting that I pulled out only 4 different cards from a total of 22 cards for 7 artists – i.e. it turned out that most artists have the same cards.

The cards are the following:

Thereafter, in the spring of 2014, I created seven collages with the help of the cards. In these collages I mixed in an intuitive way the symbols of the particular card and something typical for the artist’s work during the residency.
The collages together with Nigor’s paintings are part of our installation on which we work as a team under the name L.Y.R.A. Together all parts of the installation form Cygnus constellation and this itself is the connection with the theme of the residency in 2014 – Star rituals. One of the main ideas which we want to instill with the installation is a reference to the esoteric maxim: Every man and every woman is a star.

Desired result: I believe that our installation will create an effect which will have importance for the future of the residency. It is rather invisible, at least at this stage. This result cannot be predicted in detail, but its aroma of eternity is already in the air.

I did what I wanted. 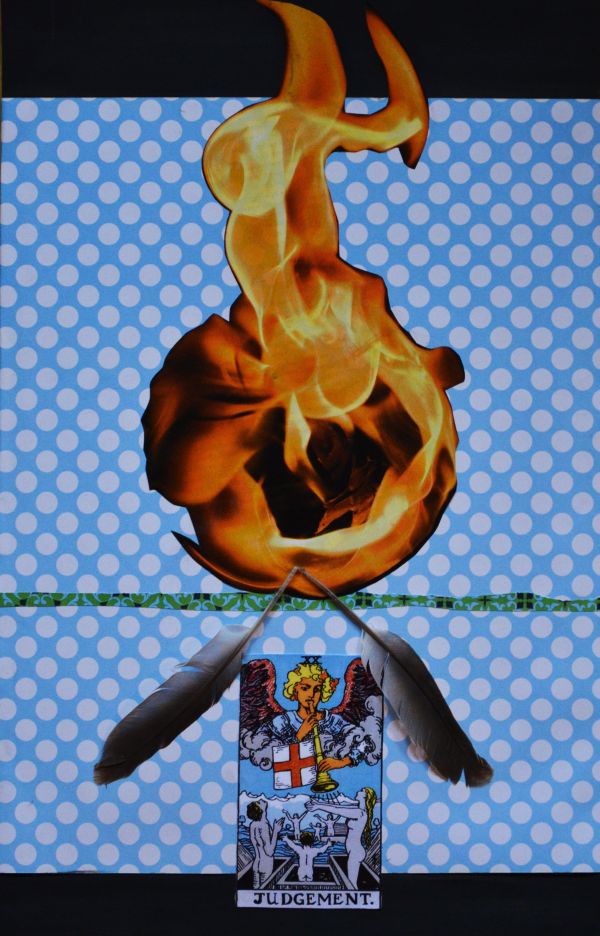 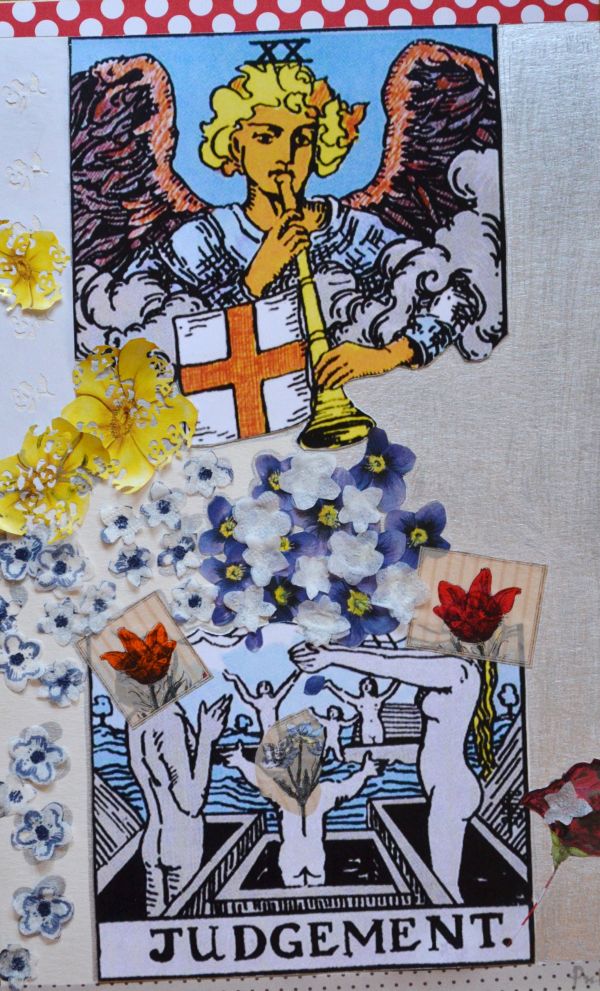 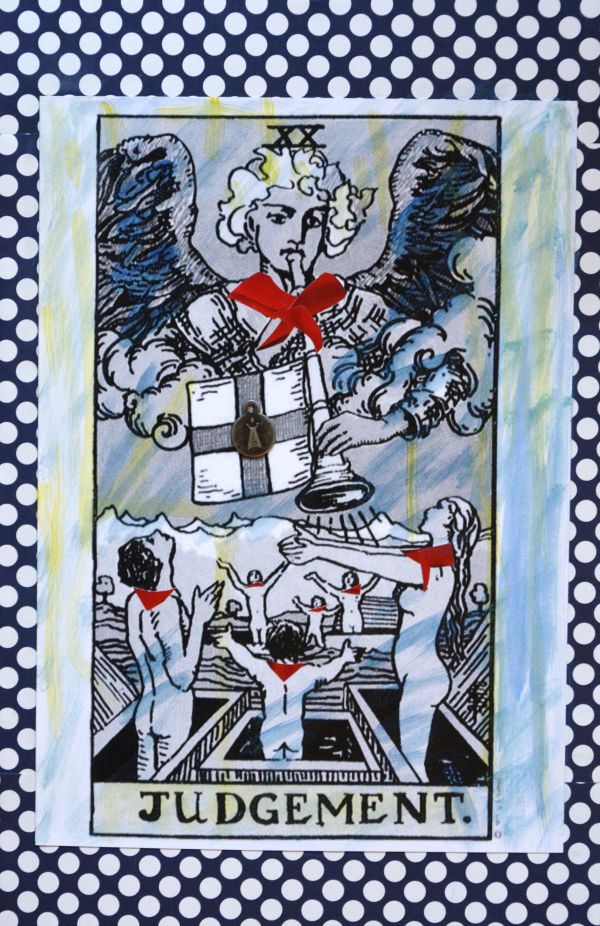 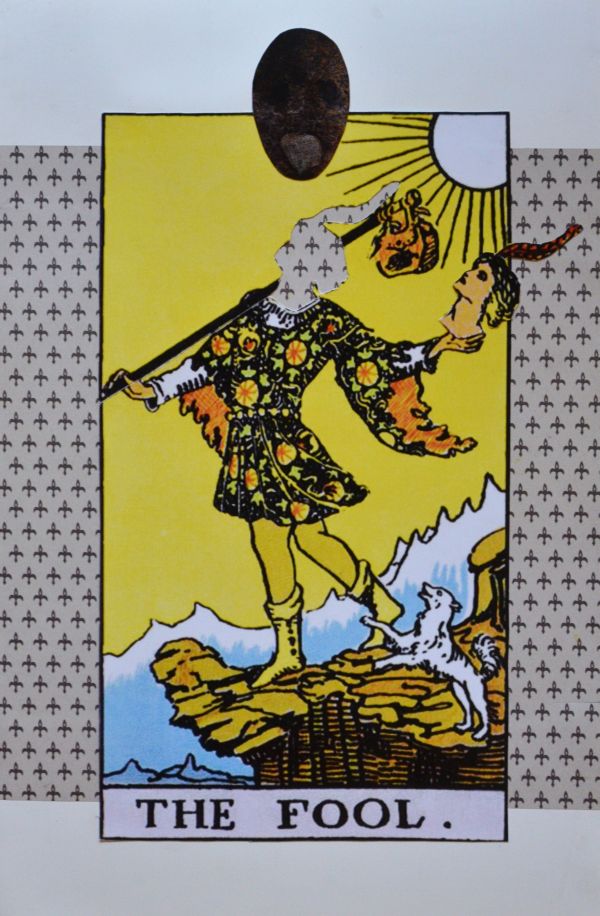 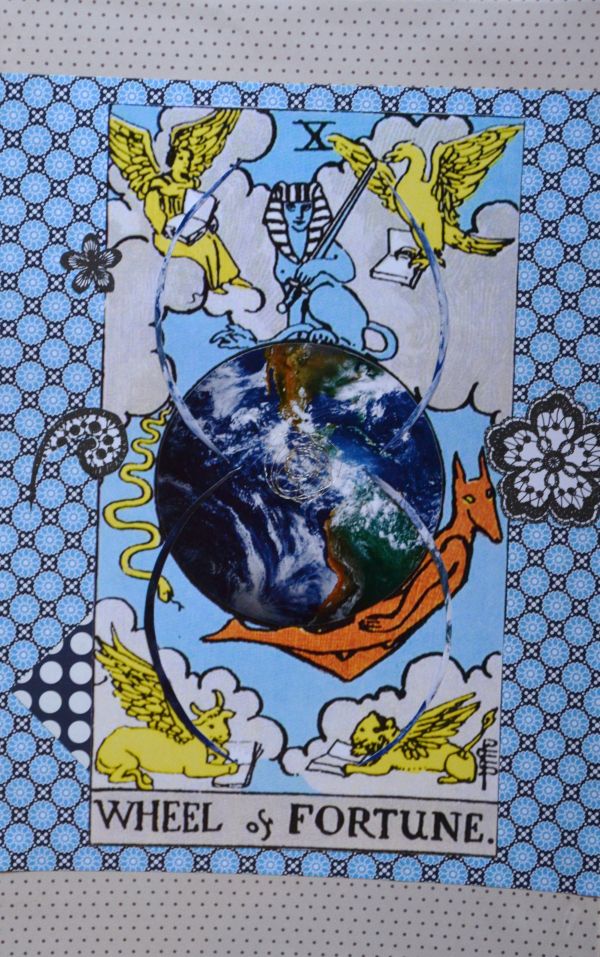 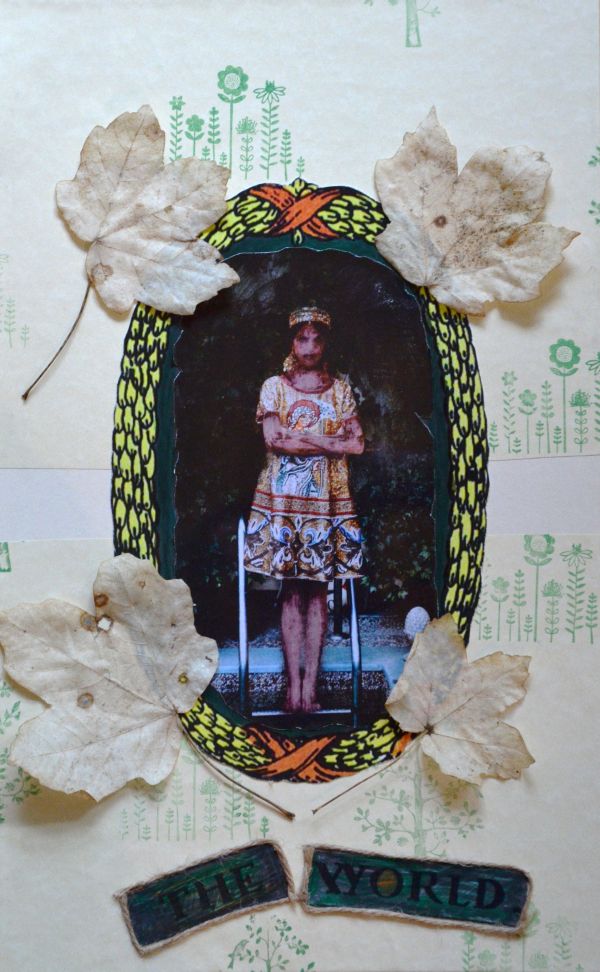 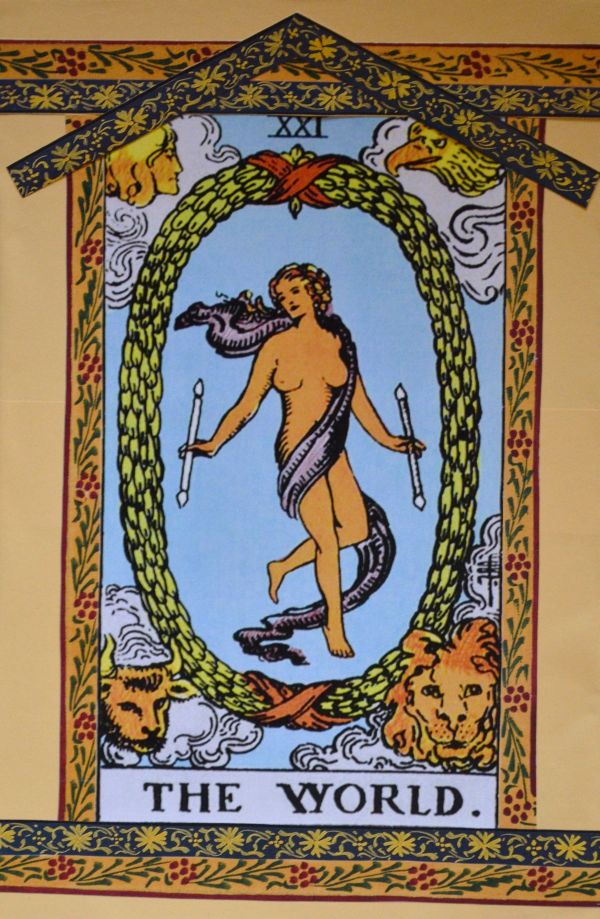 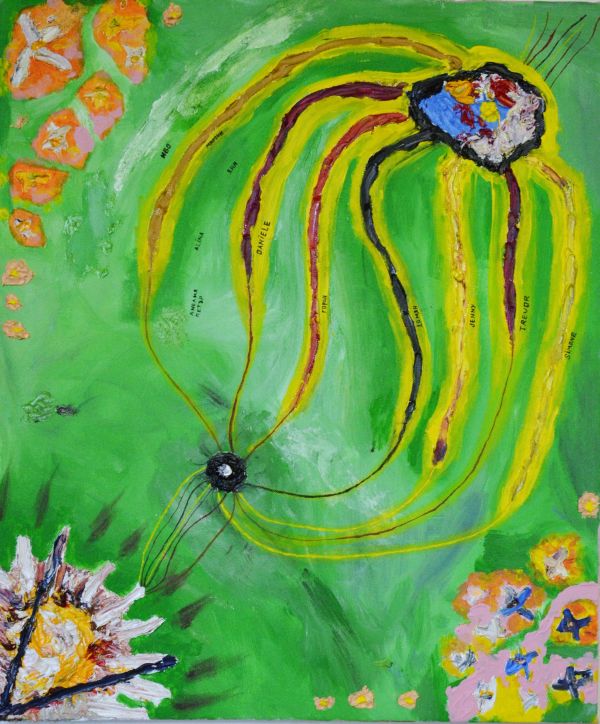 Without end – detail of the installation

”In choosing the canvas/ on which was painted Without End/ the most important thing was its story. The canvas was purchased in the fall of 2010 from art store in Veliko Tarnovo. The owner of the store at that time was Krasimira Dimitrova – an artist and participant in the first residence in Gorna Lipnitsa  – Legend Collectors, 2010.  Next year, during the second edition of The Old School residency – The Fellowship of the Legends, 2011, the canvas was stretched on wooden frame by the team of the residency. It left unused by the participants in the third residency – The End as a Beginning: Gorna Lipnitsa and the Beginning of the World – 2012. Finally, I decided to paint on this canvas after the end of the fourth edition of the residency – Ritual Art, 2013. My painting is created with paints which were collected from the palettes of the participating artists.

In other words – the canvas radiates the energy of all editions of the residency conducted so far.“ 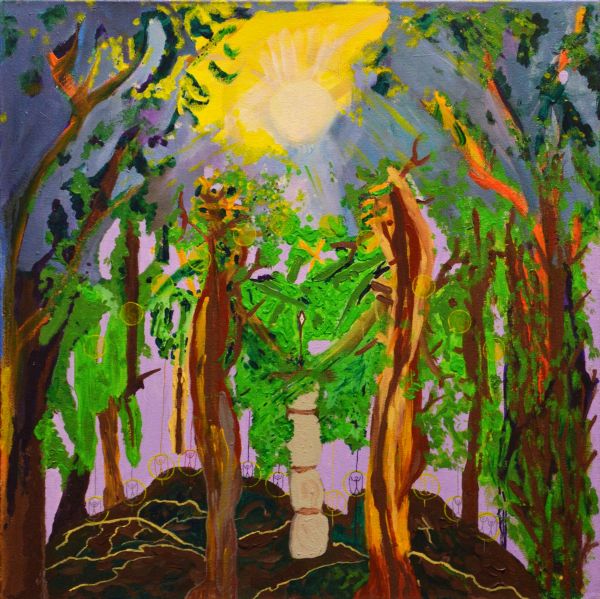 The Forest – detail from the installation, Jenny Haywood and Nigor Pilnatsa

„Jenny Haywood started to paint this painting during the residency in 2013, but she couldn`t finish it. Later on I wrote a letter to Jenny, asking her to let me finish the canvas. On 12.09.2013 I got her permission and I started painting.

The painting represents a version of group ritual with the participants of the residency in which each artist is depicted with a specific color. The color is chosen as a result of my concentration. With this specific color each artist will be presented in all elements of the installation – paintings, collages and color cords.” 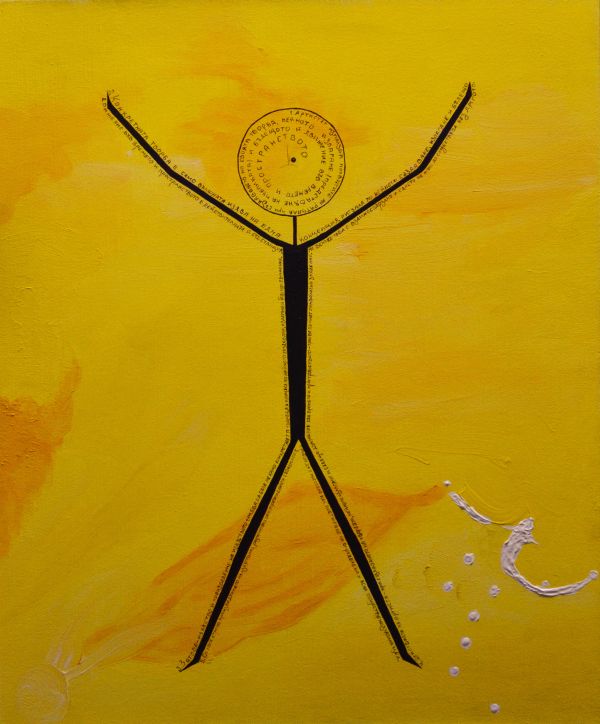 “The painting represents an enlarged version of one of the stylized human figures from The Forest. The five main principles of the ritual art as a style of creation are written around the figure.“