The pits I keep falling into

The grand opening:
The angel Refael (רפאל ), well wrapped (“protected”) is kicked onto his route. Milk in scarcity supports survival; overcome, come what may.
The spying eyes are situated between present & future (above) and the underground forces (below), always awaiting your fall.

The propaganda horns spread stars and promises in abundance. Nice wrappings for aggression and the need to rule. Political needs are cleverly disguised with the ever demanding robe of “The homeland” ( מולדת وطن ), for which we are said to sacrifice everything. General recruiting and mouth shutting.
Studies and diligence make you wanted; aiming at reinforcing the state. So called bonuses oppress creativity and make the rulers ever stronger.

Lion King – at the height of your life. The swan’s song. Approaching final loneliness? 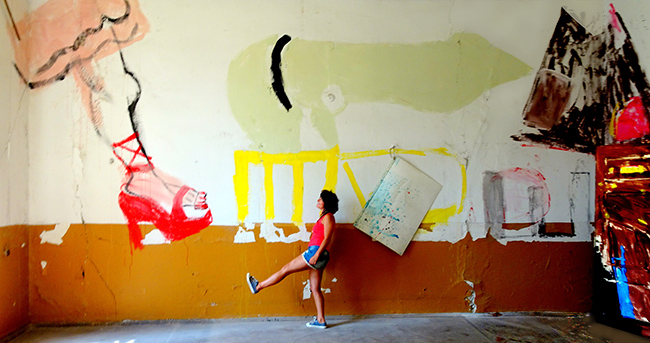 Repeated ritual – Lust – the engine and hobnailed boot that push me forward. 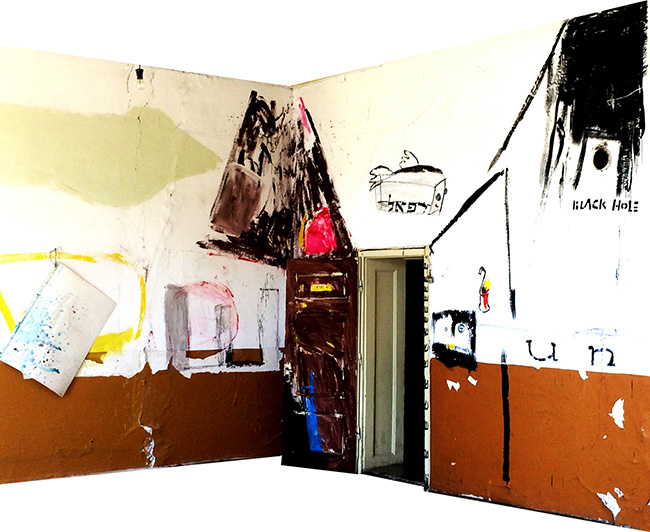 Wisdomizing – studies and accumulation of knowledge – general Chaos, just before the opening door to a magnificant world. 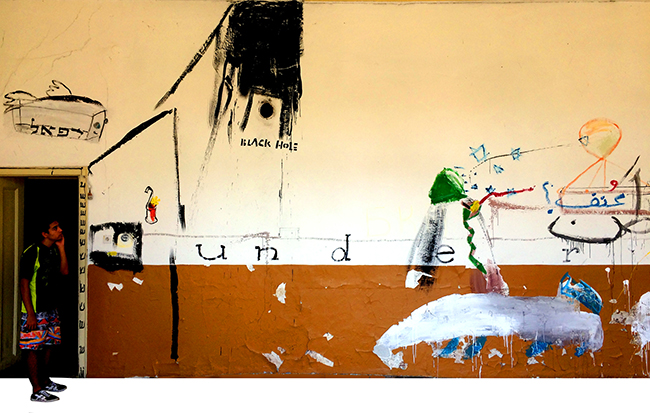 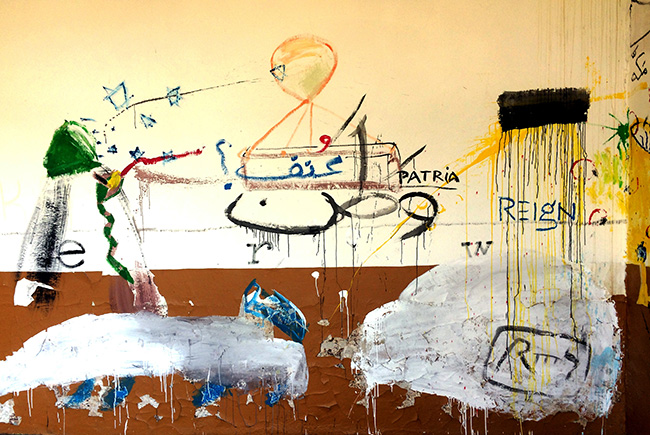 Patriotism is the key word – promises of the reigning powers above, hungry demons demanding theirs from below. 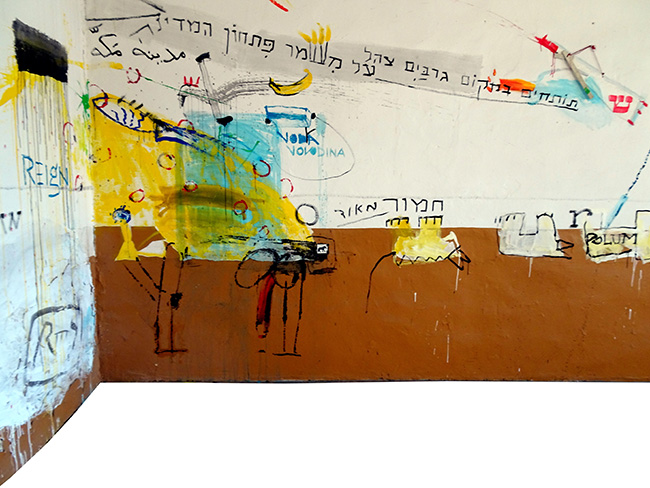 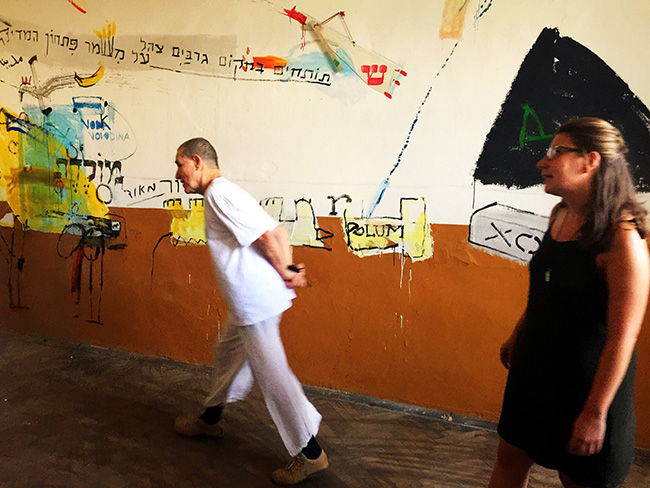 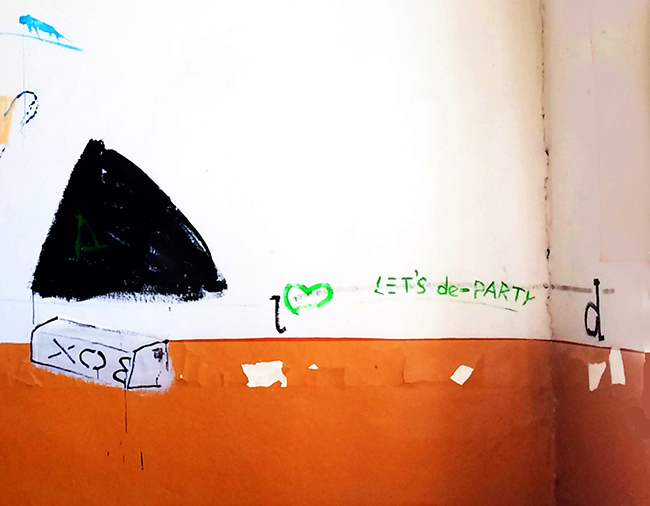 Final box underneath black pyramid – patiently waiting at the End Party.
Do remember me as a lucky man – a successful swimmer in wild oceans. 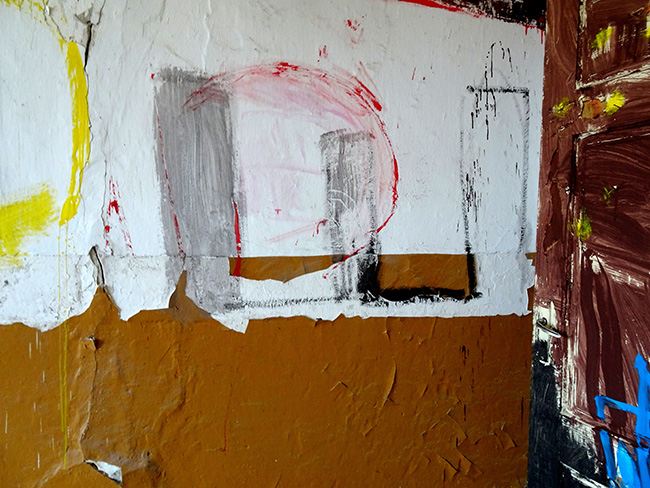 ש = His name – somewhat obstructing free sight of the horizon.