Plamen Petrov and the Children – Bulgaria – Visual Arts and Installations

Plamen Petrov and the Children – Bulgaria – Visual Arts and Installations

He has graduated painting and aesthetics in “St. Cyril and St. Methodius” University of Veliko Tarnovo. He has been doing graphical design from 1986 until now. He has solo and group exhibitions in Pavlikeni, Veliko Tarnovo, Gabrovo and Sofia.

Leader of the project: Plamen Petrov

QR Code: A QR code is a specific barcode consisting of black modules (square dots) arranged in a square grid on a white background, which can be ‘read’ by an imaging device ( camera for example).

The QR code has been painted with white paint on 841 pavement tiles in the schoolyard. The whole code can only be seen from up high and can be read with the new apps on phones, tablets, etc. The idea is to be seen only from up high just like the rosette. If some people aren’t able to read the rosette then there will be at least others, more modern ones, able to read to QR code.

When a device reads the QR code the text that appears is: THE OLD SHOOL RESIDENCY, GORNA LIPNITSA, BULGARIA.

The rosette from Pliska is one of the most famous old Bulgarian artefacts, on which you can see the old runes of our predecessors. It was found in our old capital Pliska, in 1961, and is said to be from the period of the VII – IX century. The rosette is a medallion depicting a 7-ray star. Each ray has two old Bulgarian runic signs carved on it and there is a ring to hang the rosette. The signs depicted on the rosette are without a doubt connected to the first types of writing in Europe. This proves that we are the descendants of a nation which has played a big part in the development of our continent.

In the past each nation was more or less represented by its writing system. In the Thracian and the Aegean region were used a specific type of symbols dating back to the XVIII BC. The rosette of Pliska is one of a kind and it reveals a lot about the Bulgarian civilization. Possession of a copy of the rosette is a sign of belonging to the elite – to those of the Khans and the Kolobers. By placing this sign on their chests the descendants of Kubrat, Asparukh, Krum and Omurtag give proof for their blood relation with the creators and builders of Bulgaria. By carrying this rosette with them our compatriots have their greatest ally with them – the strength and the wisdom of their great ancestors.

By recreating it on the most visible place in Gorna Lipnitsa – the village square we want our village to wear the rosette just like our forefathers did. 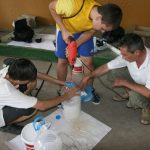 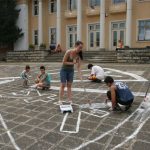 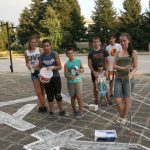 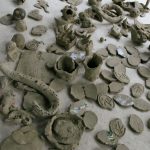 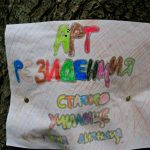 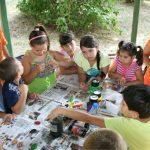 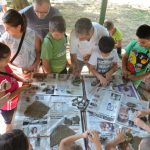 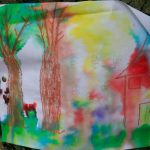 Organizing and Conducting of Ritual Art – Time and Space edition of the Old School residency is financed under BG 08 Cultural Heritage and Contemporary Arts Programme of the EEA Financial Mechanism.