If horse hairs turn into snakes or how one village can revive by art?

Home > Edition 2010 > If horse hairs turn into snakes or how one village can revive by art? 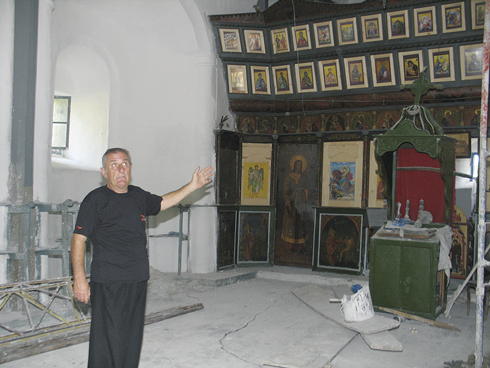 Yulko Palov, the mayor of Gorna Lipnitsa, is not hiding his happiness that the church will open doors again, after 70 years closed. 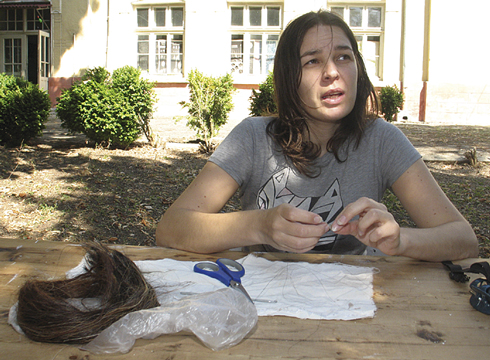 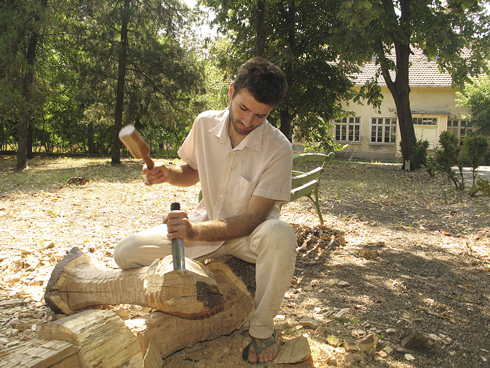 The sculptor Kalin Koichev thinks that art events will bring new life to the old place. 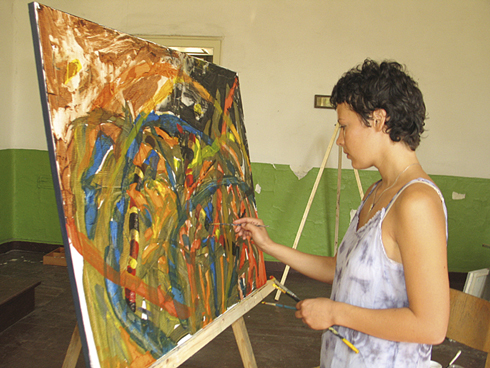 Maia Oprea is searching for the good and the bad with snake symbols. 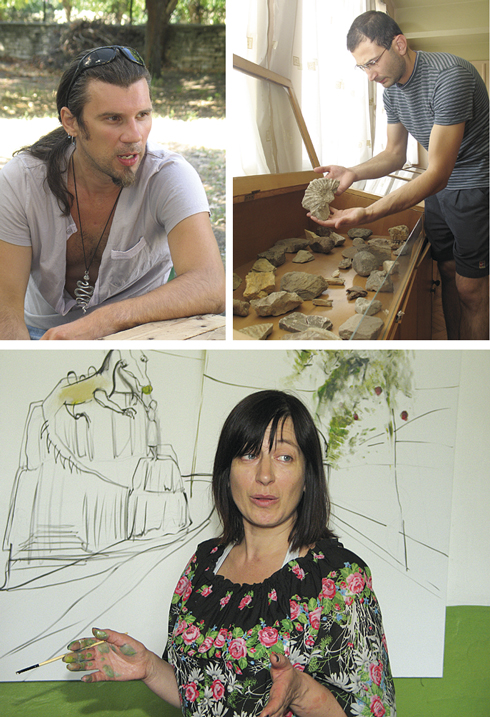 One of the legends about Gorna Lipnitsa says, that wizards used the time about sunset, to cure illnesses or remove evil spells. The explanation of the folklore people is that this is the time between  day and night, between dark and light, between good and bad. In fact, in those times without any folklore, the bad forces have disappeared and the good are waiting to be called. The situation in the Bulgarian villages is about that, at this moment. The process of depopulation, poor people, closed schools and kindergartens continues from about 20 years. All this time, people hope, that better times will come and the cursed villages will have fertility again. While most are waiting, others are working. And even it goes slow, there is a result.

Two years ago, in Gorna Lipnitsa was created an association for development of the village. One year before that, the village school has been closed. Its wonderful building began to wreck in front of the people`s eyes, who have all their life connected with it. The yard with almost century-old lime trees, began to waste. It`s a matter of time the building would wreck down or somebody will buy it and then leave it again, until another one comes to buy it again. And this goes until the autumn of 2009, when the association, which has about 30 members, realizes that this building could be brought back to life. This is how the idea for the Art Residence “The Old School”, comes. The Development for Gorna Lipnitsa Association becomes a member of the world organization Res Artis, founded in 1993, and uniting more than 200 centers for art in 50 countries, stimulating artists from all over the world to make art. Each residence announces its events in the site and then artists send their applications for participation. For more than a month, after the annunciation for the residence near Pavlikeni, there are 27 requests from foreign artists and 23 from Bulgarian artists. The final participants have been chose by a competition and at last there are 11 artists working in the workshops of the old school – three from Romania, Hungary and Poland and 8 from Bulgaria. Among the local people are Plamen Petrov, born in Gorna Lipnitsa and his son Gabriel, who is 11 years old and is the youngest participator of the event. Plamen Petrov is a man, who was gathered for art hundreds of kids and who is also president of the association “Story come true”.

The idea of the art residencies is to gather artists from the whole world, who can not only exchange ideas, art and thoughts, but also be involved in the life of the local people, told us Dimitar Palov, who has been introduced to the conception of the world network during a world conference of Res Artis in Warsaw, last year. He is a lawyer, but has grown with the stories of his grandmother, about magic and dragons, here in Gorna Lipnitsa. So that`s why the theme, that unites artists here, is “Legend seekers”.

Renata Szur, born in Hungary and graduated in London`s College of art, is highly interested by a legend, which says that if a horse hair is put for 40 days in water, it will become a snake. She has decided to visualize this transformation. From a real horse tail she is plaiting a snake skin, using only a knitting-needle.

Maia Oprea, from Romania, also works on the snake theme. She has graduated painting in USA and the picture, which she is painting, is showing the transformation of a snake, from good to bad and vice-versa. This ancient symbol shows the power of pharmacy and on the other side it shows the everlasting communication between two beginnings.

Joana Buchowska, from Poland, isn`t working on a specific theme. She is using the local myths and makes her own work. Her dragon receives watermelons from a girl. The girl is making the dragon better, by showing it the power of the present as a relation, says Joanna. Krasimira Dimitrova, painter from Veliko Tarnovo, shows another aspect from a connection between dragon and girl – when the dragon is getting all the power of the girl.

The ex-classrooms of the school have turned into workshops. Among them there is a photo studio, which equipment is very good. The yard has become an art territory of sculptors. There is Kalin Koichev, a winner of “Red Pony” award. There is a legend that in the darkness trees become people and vice-versa, says the artist. Here some trees will become people.

The mayor of the village, Yulko Palov, is the most excited person. The energetic man has written on the door of his office “working time: not specific”. His greatest wish is to show how does the renovation of the church “St.Dimitur”, goes. This church has been built by Kolio Ficheto in 1863. Local people had gone by foot to the sultan, to ask him for a permission to build it. It is build by lipnishki stone and it was covered with soil, so nobody could see its original size. After becoming a mayor Palov wins his first project, which is 2000 leva worth, for restoration of the roof of the church. He sends the results to the commission of faith and they give him another 3000 lv. But they are still not enough. Then local people donate everything they can and another 1000 lv. were collected. The icon-painter Maria Aleksieva is renovating the wall-paintings of the church. When there wasn`t any church in the village, we built such in our house yard, says Yulko Palov. The temple is built so anyone can go and light a candle. It is protected by the grass-snake Boncho. The temple “St.Ioan Rilski” has been sanctified by grandfather Grigorii, and there have been made about 10 christens and weddings. From 2005, when the temple has been built, the services have been done by father Meleti, and the bell has been ringed every morning at 8 am. Dimitar Palov says that next year there will be Art Residence again, and in the meantime the exhibition from this year will be placed in the local community centre, next to the book collection of Serafim Severniak, who has also lived here.”Our idea is to make this place working through the whole year, like it is in many other places in the world”.